He primarily works in the construction and design of props, and loves the unique challenges of working with a variety of materials as a jack of all trades, as every props master should.

Nova is a proud member of the Mu Iota cast of Alpha Psi Omega.

Nova is returning to SUNY Oswego as a guest designer for their production of She Kills Monsters (postponed until October 2020).

In addition to his work as a student, he also stage managed and designed props for the Sterling Renaissance Festival for the 2016 & 2017 seasons. Nova is pleased to announce he will be returning for the 2020 season.

In recent years Nova has designed props for several theaters in Chicago including, Victory Gardens, Jackalope Theatre, and Roosevelt University.

Nova was Props Designer for Montana Shakespeare in the Parks‘ 2018 & 2019 Summer Tours.

He is also the sole proprietor/producer of Cravat Productions, whose inaugural production in December 2017 was Dracula by Steven Dietz. To learn more about his theatre company you can visit CravatProductions.org.

Nova @ Montana Shakespeare in the Parks 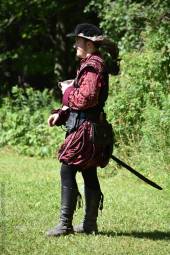 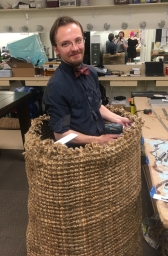 Outside of his theatrical pursuits he enjoys collecting and re-articulating animal skeletons, collecting antiques and furniture, and fencing sabre. Nova is also a certified bartender. 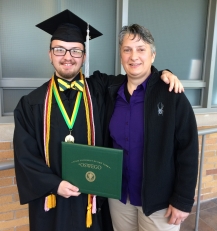 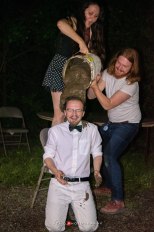